Project Labor Agreements (“PLA’s) discriminate against open/merit shop workers and companies, by tipping the playing field and putting the government in the business of creating winners and losers. The “losers” you are picking are NYC open/merit shop (non-union) construction workers who are 87% minority, 80% Black and Hispanic, and 90% live in NYC / the five boroughs. – Link to Data

A PLA does the following:

According to the most recent New York State M/WBE Disparity study, a female business owner said the following about PLA’S:

“The use of project labor agreements on State projects are more of an exclusionary practice. The agreements prevent MWBEs from participating on the job. Many MWBEs are non-union shops”.

In New York, there are far more open/merit shop (non-union) construction companies than union companies, and their employees deserve the opportunity to benefit from projects their tax dollars are funding and that are happening in their own backyards. PLA’s steal that opportunity away from them and reduce their ability to put food on their family’s table.  Therefore, all references to PLA’S should be removed from the New York State Budget to protect minority construction workers and MWBE companies.

The Construction Workforce Project (CWP) is a 501©3 advocacy organization whose partners are community and faith-based groups, public housing associations, industry leaders, and other local stakeholders, who are driven to educate New York City constituents and other elected officials on the benefits of merit-shop work for historically underrepresented multi-cultural communities in our region. By investing in merit shop-friendly policies and programs, we can help shape a more secure future for marginalized communities across New York City. 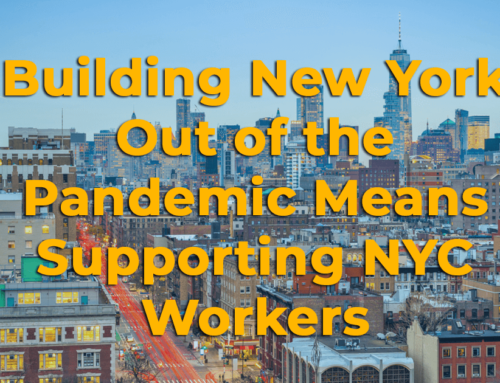