In the recently released NYS one-house budget bills, Project Labor Agreements (PLA’s) are proposed at least a dozen times resulting in billions of dollars for special projects. Also included is an expansion of prevailing wage on projects typically not subject to it. Unfortunately, all to the detriment of MWBE companies and workers of color.

New York’s construction industry has historically been a path to the middle class. Today, the majority of private projects are being built by merit/open shop contractors, who employ a workforce predominantly comprised of people of color. The projects included in this years’ budget will exclude these workers, especially in New York City.

Project Labor Agreements increase costs by eliminating competition and mandating union work jurisdictional rules. They are anti-competitive because while a non-union contractor can compete for a project, they are required to hire the majority of their workers from a union hiring hall, thereby putting most of their existing workforce on the unemployment line. Are we a society where we pick and choose who should have a job and who shouldn’t be based on affiliation? Additionally, mandating an expansion of prevailing wage will result in an increased cost of these projects by almost 25%, putting an additional burden on New York taxpayers.

The recent pandemic has been a major challenge for union and nonunion contractors alike. The Project Labor Agreement and prevailing wage mandates included in the state’s budget present the greatest opportunity in decades for special interests to gain back their market share on the backs of the middle-class taxpayer. This is a prescription for more job loss for people of color from across the State, especially in the NYC construction industry. The projects included in this budget will leave out the very companies and workers that our elected leaders are claiming to protect.

Work should be put out to bid and the bids should be awarded based on merit. Unions keep finding creative ways and quirky initials and acronyms to hide behind to keep only their workers working. Unions have to because over the past decades union membership is down more than 40%.

Recent merit-shop turnstile data, from 82 major projects across the 5 boroughs, reflects that of the 74,000 workers (field and office) 87% are minority workers with the greatest percentage being Hispanic and Black, 82% live in the 5 boroughs of New York City, with 95% coming from New York. These are the people who will be hurt by including Project Labor Agreements and an expansion of prevailing wage on billions of dollars of projects in the state budget.

The Construction Workforce Project (CWP) is a 501©3 advocacy organization whose partners are community and faith-based groups, public housing associations, industry leaders, and other local stakeholders, who are driven to educate New York City constituents and other elected officials on the benefits of merit-shop work for historically underrepresented multi-cultural communities in our region. By investing in merit shop-friendly policies and programs, we can help shape a more secure future for marginalized communities across New York City. 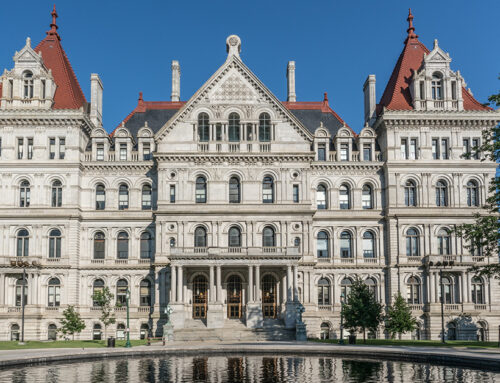